For many of us, our toastmasters journey started with fear, anxiety, dry mouth and sweaty palms. We knew we needed help, we knew we were uncomfortable in our own skin and we knew that to overcome it, we would have to step outside our comfort zone. 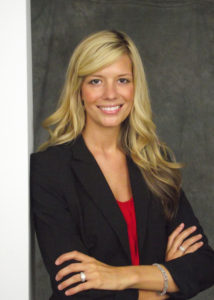 Recently my mentor, Caroline Organ, gave her final speech in her journey to reaching her DTM – Distinguished Toastmaster. She shared how she would panic in High School and College when it was time to get up and speak. She shared how her job required her to train groups and give presentations, but she dreaded the process.

Then she saw a flyer for a new Toastmasters club in her office building. She decided to give it a try and said YES when they asked her to join. It took 6 months for her to give her Ice Breaker and she confessed that she became the best timer at every meeting until then.

When Dennis Gauda and Kevin McCue nudged her along and “Volun-told” her it was time to give her Ice Breaker, she finally said YES.

Then several months later, the club lost some members due to a corporate restructuring. They needed club officers badly and they asked if she would help out. She said YES.

Since then, Caroline has mentored and helped so many people throughout Western New York that she forgot to receive credit for all the seminars, workshops, speeches and roles that she completed, or helped others to complete.

Shortly after I met her in 2012, she got married, gave birth to 2 handsome young boys and became a great mom. This took her away from her pursuit of that elusive DTM for several years. But when we needed her… she always said YES.

Late last year, I asked her what she needed to finish her DTM? We took a look and found out it was only a few more speeches and roles. I asked her to prepare a few pocket speeches, just in case a speaker backed out at the last minute, and of course… she said YES.

At a recent meeting, we had 3 speakers scheduled. At the last minute, each of them had a conflict and were unable to attend. Caroline walked in the door 5 minutes before the meeting was to start. I asked her if she could quickly prepare a speech… she said YES. It was funny, entertaining and had a great message.

Her final 3 speech projects were scheduled well in advance and I was thrilled when I heard the title of her final project. You guessed it. It was called – Just Say YES.

She delivered a moving, inspirational and motivational presentation that encouraged everyone of us to “Just Say YES” the next time we are asked.

Your life, work, career and family can all be enhanced when you step outside that comfort zone… and Just Say YES.