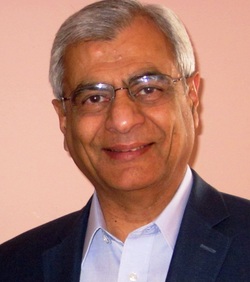 It is said that “if you can’t stand the heat, leave the kitchen.” A great majority of club and district officers take their job-responsibility seriously and execute them responsibly. I applaud them. However, from time to time, we have seen a handful of club officers and some district officers, attempt to take cover behind the term “volunteering” and/or serving in a “voluntary organization” etc., especially when things don’t fit-in their timetables and/or have some personal ongoing conflicts.

From time to time, they abdicate their officer responsibilities. Especially when they do not “feel” like complying with the Toastmasters International’s published policies and procedures and district’s directives. They tend to pick and chose what they like or dislike. In other words, they take shelter behind “volunteerism” and the “volunteer” part of Toastmasters organization, thereby covering-up their personal shortcomings and/or lack of personal commitments.

This especially holds true for a handful of club officers who voluntarily or involuntarily hold an office, year-after-year. This is unfortunate. They need to learn to step aside and encourage newer Toastmasters to take up the club officer responsibilities and support & mentor them in their efforts.

Toastmasters is an organization of policies, procedures, rules, regulations, protocols, mandates, compliance, and structure. These have been carefully developed over a period of years for a purpose and benefit of all Toastmasters. Non-compliance of these established policies and procedures is a violation of the very purpose in becoming a club or a district officer and impacts the integrity of the organization.

Strictly speaking, the only volunteers in a Toastmasters organization are its members. Once a member chooses and/or accepts to become an officer at clubs or district levels, he or she ceases in-part to remain a volunteer. As an officer, he or she now has duties and responsibilities to discharge; assignments to undertake and perform, and leadership to execute and deliver. The fact that he or she is not financially rewarded for the officer position becomes irrelevant.

My personal opinion on the subject-matter of “volunteering” and holding elected/appointed offices at club and district levels are as follows. If an elected/appointed officer is unable to commit reasonable amount of time, energy, interest levels, and resources, towards performing the job as required and adhere to the by-laws and constitutions of TI, the district and the club; the officer in question, is not only doing a disservice to himself or herself, but also to the fellow Toastmasters, who depend on him or her for providing the service and leadership.

The key word in all volunteer organizations is “commitment.” Naturally, there are degrees and levels of commitments. Club and district leaders are consistently required to provide service and leadership during their term in office. That is the primary reason why they have been elected/appointed. Officer positions are not ceremonial or default positions. Officers cannot “volunteer” to serve when they feel like it and “not volunteer” when they don’t feel like it. In other words, they don’t have a choice. They have made their choice of commitment to serve for a specific period of time.

Commitment is not like an electric switch, that one can be turned on and off arbitrarily and discretionarily. It seems that when things become dark and problematic, the switch is turned off and when there is light and things are going well, the switch is turned on. I believe that as a club or district officer, the switch of service and leadership must stay on; clear and bright, for the entire term in office.